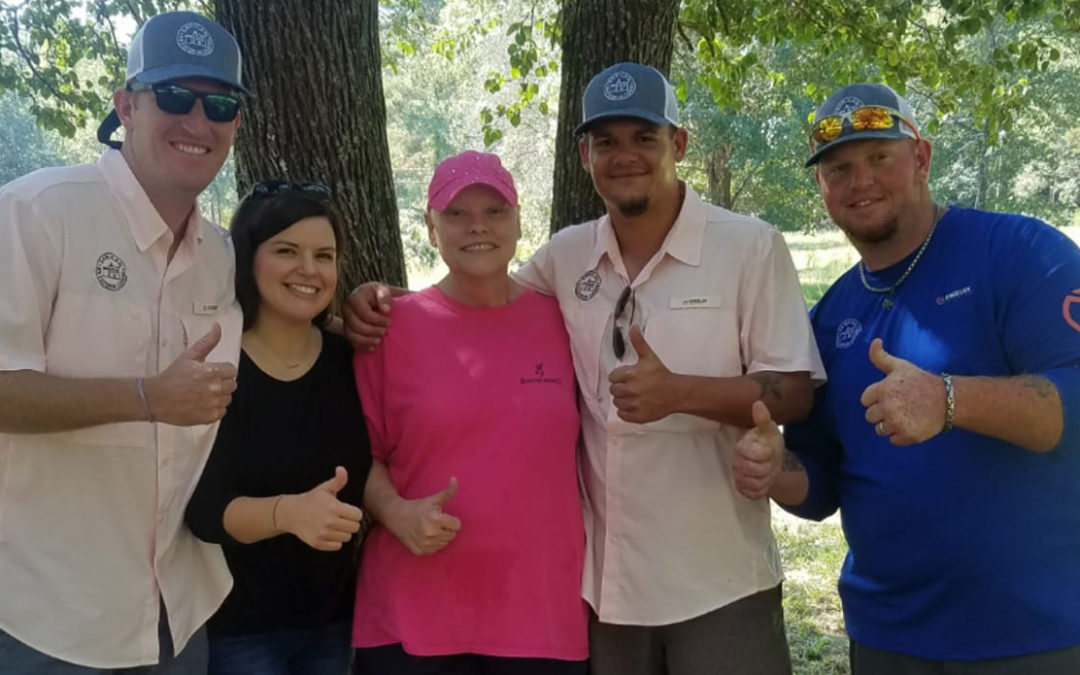 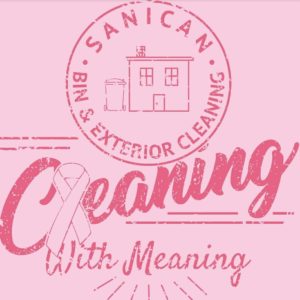 Since 2016, Matt Rainwater has been part of the community with his business, SaniCan. The business originally began as a garbage can and bin cleaning service and eventually grew into a new style of exterior cleaning to the area known as SoftWash. They have been the name to call when it comes to washing your house, roof, fence and decks as well as gutter, sidewalk and driveway cleaning. Since the community has been so good to Matt and his business, he wanted to think of a way to give back and that is where “Cleaning with Meaning” came from. “With October being breast cancer awareness month, we thought this was the perfect way to help someone in our community that is currently battling breast cancer,” said Matt. SaniCan posted on Facebook that they were looking to help a local community member by donating a portion of their proceeds during the month of October and the nominations poured in. One however stood out with numerous nominations. Nelda Hart is originally from Choudrant and currently resides in Farmerville with her husband of three decades, Mike. She has two daughters, Kristi and Melissa, and a son, John “Jay.” Nelda was diagnosed on February 23 with Stage 1 breast cancer and underwent surgery on March 27.

“At the time, my daughter was pregnant and that new grandchild, Atlas, has been one of the things that has gotten me through this,” said Nelda. He has been a welcome addition and joined her three grandchildren – Paul, John Michael and Dylan. After learning of the generosity of Matt and his team at SaniCan, Nelda was overwhelmed. “I am definitely blessed with the people in my life and everyone that nominated me,” said Nelda. “When Matt called to tell me aboutthis, he told me that I had a lot of people who loved me. I guess I knew that but this was a great reminder” Matt, his wife, Michelle, and their crew met Nelda at her home recently and it was a touching encounter. “They all made me feel very special,” said Nelda. “They didn’t know me from Adam but they came to my home, talked with me, hugged me, told me they supported me. The money from the proceeds is great and beneficial of course, but what matters even more is the kindness of strangers and the meaning behind it.”

You can call SaniCan today to book a service during the month of October and 10% of total sales will go towards Nelda as she continues to battle this disease. In addition, we will also be selling t-shirts and all proceeds will go to help Nelda with her battle.